Obsessive-Compulsive Disorder is when people do things over and over again and they don‘t know why. It is odd behavior and there are many people who suffer from it. However, did you ever think that dogs could suffer from obsessive-compulsive disorder (OCD)?

The Cause of OCD

Dogs get obsessive-compulsive disorder when they are suffering from stress or boredom. They can also experience it when they are dealing with anxiety. For a dog owner, dealing with OCD can be a big problem. Dogs can act out in a variety of ways, including damaging things, messing up yards, being aggressive toward others, and barking for the sake of doing it. Once these become repetitive, the dog has entered into the world of obsessive-compulsive disorder.

The only way your dog can show their frustration is to do repetitive actions until you take notice so if your dog behaves in this way, spend more time playing and talking with them and generally interacting with them more.

If you see that your dog is bored, you will have to find more activities for him to do or spend more time with him doing the activities that he is already engaged in. Dogs are like children and love it when you spend quality time with them.

If your dog is stressed, consult with your veterinarian. Once your dog gets in that mode, he can become aggressive and put others in danger, including himself. Your veterinarian can provide your dog with medication to calm him down. Depending on what kind of breed you have, they may be genetically linked to OCD. There are certain ones, such as English Bull Terriers and German Shepherds that are known to have OCD linked to their genetic history. Whatever the case, once you find out your dog has OCD, it‘s important to get them to help immediately so that they can live a normal life.

Here are some ways that you can deal with a dog that is constantly creating havoc:

 Find out why the dog is whining, howling, or barking so much. They may be hungry, thirsty or both so make sure that the dog is always fed and always has water. Don‘t forget about supplying the dog with toys to keep their mind occupied.

 Some dogs do not like being by themselves and get upset when no one is around which creates anxiety for them. In addition to being lonely, they get stressed out and start making all kinds of annoying noises. If you are going to be out of the house for a while during the day, think about leaving a radio on low to give your dog some ‗company‘.

 Try not to make a habit of always catering to them when they whine. If you do, they will expect you to come every time and you‘ll have a difficult time breaking the habit.

 Sometimes a dog will make noises because they need to use the bathroom. The three times that you need to know to take them is after they eat, after activity and after a nap or when they are waking up in the morning. There will be other times, but once the dog gets trained, you will be able to figure it all out.

 After you have provided food, water, and toys for the dog, they should be quiet. However, if they are not, don‘t be afraid to let them know that their behavior is not acceptable.

You can help your dog change their bad behavior by consistently working with them. Be consistent and stick to your rules, not allowing anyone else that comes into contact with the dog to deviate from what you have taught. Once your strategies and training are etched in stone, your dog will start to get used to them and eventually will behave better. You will be less stressed once your dog is at ease and is obeying your commands; you will feel more comfortable and at ease about taking them out for their daily exercise.

Dogs are like children—you have to keep nurturing them and providing them with love and support. At the same time, they must realize that they have to accept correction in order to be a productive member of your family. 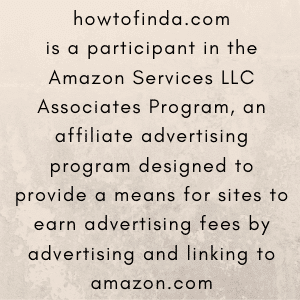