Toshiba released its latest Smart TV collection at the CES 2013 including the high-end L4300 series with advance Cloud TV functionality. The 50L4300U features a 50-inch LED display in a sleek flat panel format with a gun metallic finish, which Toshiba plans to be a benchmark color for its 2013 HDTVs collection. The slim design of the TV is extremely appealing with glossy black bezels of less than an inch and a standard filled-in square stand with a matching color scheme and metallic finish.

The 50-inch screen of this TV delivers full HD 1920×1080 pixels resolution at a 120Hz refresh rate for high intensity graphics. It features LED edge lighting for custom black levels and superb brightness to deliver extra crisp and great quality images. It incorporates modern hardware with a high-end graphic processor to render extra sharp colors so that every image seems more vivid and as close to reality. It maximizes the digital gaming experience by providing an enhanced view on such a big screen.

It supports the latest Cloud TV platform that allows users to connect multiple devices to personalize the viewing experience. It supports Miracast and WiDi features to share the screen with other digital gadgets. This TV has a full jack pack of connections with digital and analog ports including, HDMI, USB, PC, AV and audio output ports. With all of these features, it is also lightweight and complies with energy star regulations.

The average price of the Toshiba 50L4300U 50” LED Smart TV has not yet been announced, however we will be sure to inform you of this once the official price becomes available.

The Toshiba 50L4300 is an LED HDTV for mainstream buyers and it’s a perfect replacement for older TV sets. Its 50-inch screen is suitable for medium rooms as well as larger TV lounges and its a complete source of entertainment for the entire whole family.

The L4300 confronts uneven light issues and the color seems a bit saturated at times while some areas of the screen get darker than others.

The 50L4300U will likely come with a one-year manufacturer warranty from Toshiba.

Toshiba has not yet released an official price, however the company has a history of making its products available at prices that create great value for all consumers, making it easily worth the money.

The company plans to release its new product line around the first half of the current year and will be readily available at stores like Walmart and Best Buy.

The Toshiba L4300 series is a perfect replacement for its previous year’s models and is highly regarded by Toshiba fans as the ideal TV for mainstream buyers with advanced functionality.

news and more about this topic and Toshiba

here other site with this information about Toshiba and more 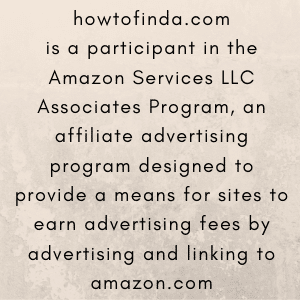